Since a federal law from 1988 first permitted them, the number of U.S. states with tribal casinos continues to climb. Whether your state has tribal gaming or not, you’ve likely had the opportunity to visit a tribal casino somewhere in the U.S.

Keep Reading … or Listen Instead!

Find my podcast wherever you listen to audio!

Thirty-one of the fifty U.S. states have American Indian tribal casinos. Below, I list:

Every state listed can have Class II competition-style or bingo-style electronic gaming machines. Further, I identify which states with tribal casinos also have Class III Vegas-style electronic gaming machines. I explain these two legal definitions in a later section. Each entry links to my regular review on the slots gaming industry in that state.

The state with the most tribal casinos goes to Oklahoma with over 108. Oklahoma also has many other convenience stores and truck stops which, while often quite small, also identify themselves as casinos.

Various delays have impacted establishing these casinos. For two of them, Massachusetts and Virginia, they shortly face an unusual decision point: Will the casino be tribal or commercial (non-tribal) casino?

In Massachusetts, ongoing delays since 2016 are due to legal issues for transferring tribal land into a trust. Whether the construction of the First Light Resort & Casino in Taunton, located 38 miles south of Boston, will begin is uncertain.

However, there is progress. The Mashpee Wampanoag Tribe, the city of Taunton, and the U.S. Department of Interior have mutually agreed to a deadline. A final court decision on October 18, 2019, will define the future of tribal gaming in Massachusetts.

In Virginia, the Pamunkey Indian Tribe is still searching for a suitable site since federally-recognized in 2015. Under consideration is the state capital of Richmond as well as in downtown Norfolk on the Chesapeake Bay.

For years, driving an effective opposition to the establishment of this tribal casino in Virginia is the parent company of MGM National Harbor in nearby Maryland. Recent developments include the tribe establishing a $10 million land purchase agreement with the city of Norfolk.

Another interesting issue with tribal casinos pending in the U.S. states of Massachusetts and Virginia are choices not yet made. These pending casinos may end up as either tribal casinos or as non-tribal commercial casinos with state gaming licenses.

For the pending Massachusetts casino, the legal results of the mid-October 2019 court decision will determine the choice. For the imminent Virginia casino, it centers on the financial terms pursued by the Pamunkey Indian Tribe in negotiation with the city council of Norfolk.

Arkansas has a tribal casino pending, hotly debated for years. The Cherokee Nation of Oklahoma has made progress with approvals for a tribal casino in northwest Arkansas.

This River Valley Casino Resort in the City of Russellville in Pope County is still working through some legal issues before construction can begin. If completed, this tribal casino in Arkansas will be the state’s largest casino.

The gaming regulatory framework for tribal gaming at the federal level is thanks to the Indian Gaming Regulatory Act (IGRA) of 1988. One requirement of this Act is that tribes can only offer games which are already legal within their state. For example, if all gambling is illegal, then a tribe cannot open a tribal casino.

This stipulation becomes vital with regards to the skill-based games of bingo and poker. If bingo is not illegal in a state, then tribes can open a community bingo hall without a negotiated tribal-state compact.

For example, Alaska and Maine have tribal bingo halls only.

Besides community bingo halls, tribes in states where bingo is legal often open a tribal casino with bingo-style electronic gaming machines. This approach is a well-trodden legal path.

However, what about the skill-based game of poker? Might this precedent apply to electronic games of poker? Not so fast. States begin to object to tribal casinos offering video poker (VP) machines. States often interpret VP machines as Class III Vegas-style gambling.

What’s under discussion here is the legal definition of gambling. Each state defines what is and is not gambling. For instance, Nebraska states all gambling is illegal. However, feel free to enjoy any of the 21 locations in Nebraska offering video keno, video blackjack, and video poker. Why? Because, per Nebraska state law, they are not gambling.

While each state defines gambling for itself, there is one federal law which classifies gaming machines for all states. The IGRA of 1988 is that federal law with legal gaming classifications.

While this Act is about and for the regulation of tribal gaming in the U.S., it is a federal law. Any gaming definitions it provides at the national level makes them common across all the states. While it does not give a legal description of poker as gambling, for instance, it does contain three broad classifications for gaming machines.

In brief, these three gaming classifications are:

All tribes have traditional ceremonies – it’s part of what makes them a tribe. Class II games are legal if the state doesn’t prohibit that specific game, like bingo. This allowance applies to electronic gaming machines based on bingo as well as the table game of bingo.

Class III applies to games of chance. It’s also something of a catch-all. Another way to define Class III games is anything which is neither Class I or Class II.

One final note about Class II versus Class III electronic gaming machines: They can be challenging to tell apart. You can tell the difference between these machines by whether the player chooses an action during gameplay.

The classification of a gaming machine, in terms of winning slots strategies, matters. However, knowing the difference is a casino-by-casino decision. Understand what your tribal casino is offering, so you understand the basics of the machine on which you’re trying to win.

If a tribal casino exists, it can offer Class II games. Further, if the tribe has negotiated a tribal-state gaming compact, their tribal casino also offers various table games, Class III games, or both. Much depends upon the terms of the agreement.

The states with a successfully negotiated tribal-state gaming compact allowing some or all their tribal casinos to offer Class III Vegas-style gaming machines are above. Be sure to check each state’s link for important details about their tribal casino offerings.

The tribal status of casinos in Arkansas, Massachusetts, and Virginia is pending. Once a decision is known for them, I’ll update the state list above as appropriate.

Reviewing a state’s gaming regulations for commercial casinos is a way to learn how that state protects players to make sure slot machines are fair. A similar learning approach for tribal casinos is to review their tribal-state gaming compacts. But where are they?

Negotiated tribal-state gaming compacts aren’t always publicly available. When they are available, however, the first place to look is at the National Indian Gaming Commission (NIGC). The IGRA of 1988 established the NIGC to regulate the tribal gaming industry.

The NIGC website has a link to the Bureau of Indian Affairs (BIA) tribal compact database at the U.S. Department of the Interior. The searchable database has more than just compacts, however. It also provides numerous other related documents by year, state, and tribe.

However, I’ve noticed that not all available tribal-state gaming compacts make it to the national BIA database. If the compact you are looking for isn’t there, try looking for them online at the state gaming control board.

State gaming commissions often exist even when there are no commercial casinos, but only tribal casinos, in the state. It’s another way to provide oversight as a service or in partnership with the tribes. See my state-by-state online resource for links to each state with its gaming commission.

The third place to look for tribal-state gaming compacts is on the website of the tribe owning the tribal casino. Not all tribes have a website, and not all of them make their gaming compacts publicly available, but it’s worth checking as a last resort.

Other Articles from Professor Slots 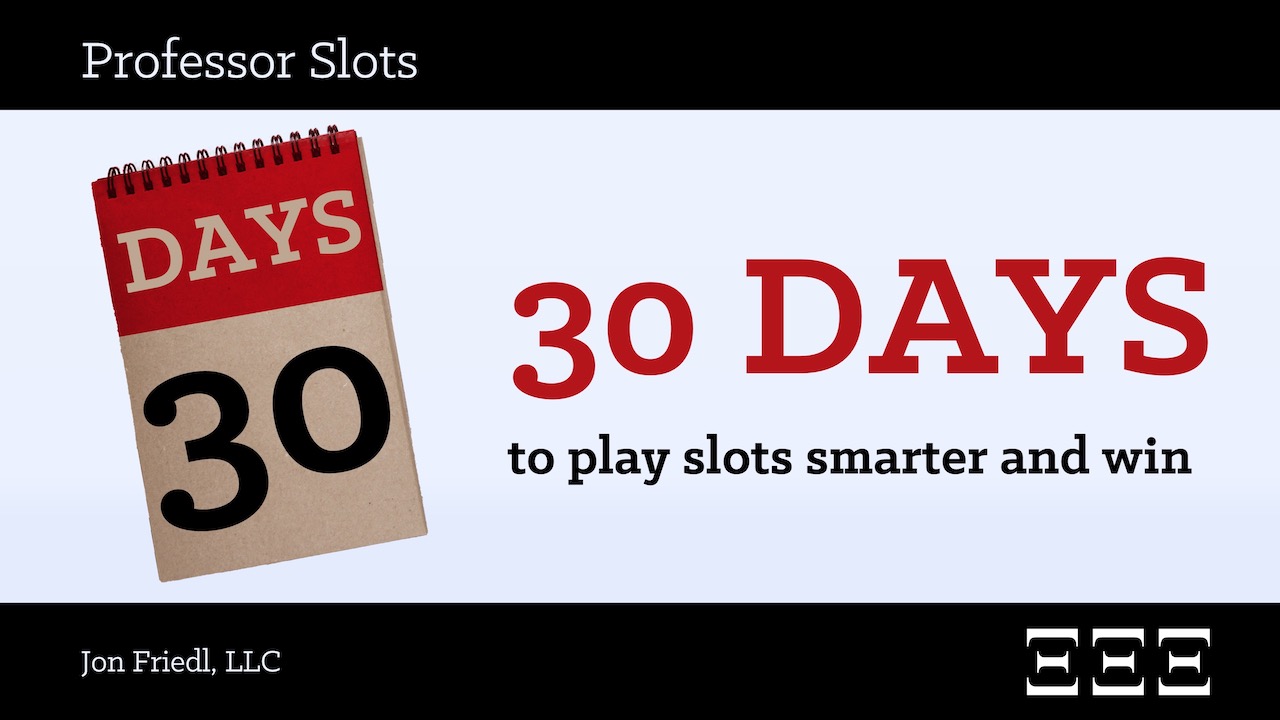 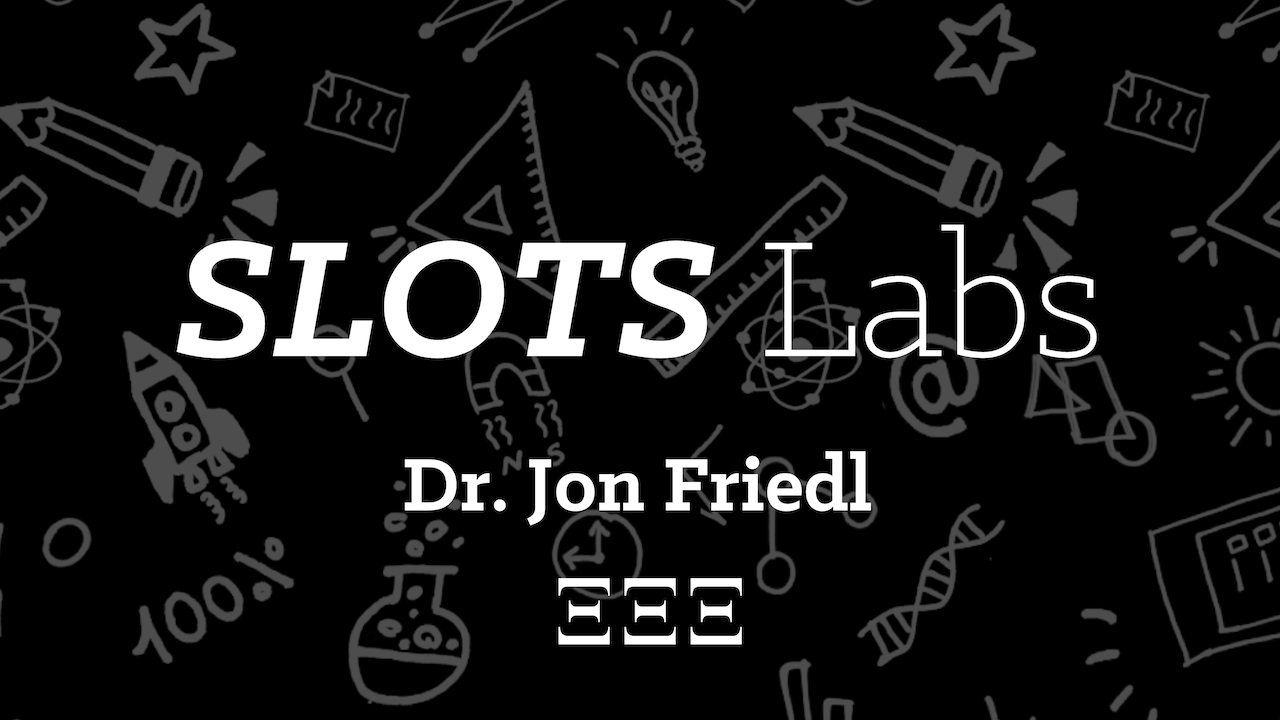 My Most Popular Articles

My Book on Learning to Win at Slots

We use cookies on our website to give you the most relevant experience by remembering your preferences and repeat visits. By clicking “Accept All”, you consent to the use of ALL the cookies. However, you may visit "Cookie Settings" to provide a controlled consent.
Cookie Settings Accept All
Manage consent

This website uses cookies to improve your experience while you navigate through the website. Out of these, the cookies that are categorized as necessary are stored on your browser as they are essential for the working of basic functionalities of the website. We also use third-party cookies that help us analyze and understand how you use this website. These cookies will be stored in your browser only with your consent. You also have the option to opt-out of these cookies. But opting out of some of these cookies may affect your browsing experience.
Necessary Always Enabled
Necessary cookies are absolutely essential for the website to function properly. These cookies ensure basic functionalities and security features of the website, anonymously.
Functional
Functional cookies help to perform certain functionalities like sharing the content of the website on social media platforms, collect feedbacks, and other third-party features.
Performance
Performance cookies are used to understand and analyze the key performance indexes of the website which helps in delivering a better user experience for the visitors.
Analytics
Analytical cookies are used to understand how visitors interact with the website. These cookies help provide information on metrics the number of visitors, bounce rate, traffic source, etc.
Advertisement
Advertisement cookies are used to provide visitors with relevant ads and marketing campaigns. These cookies track visitors across websites and collect information to provide customized ads.
Others
Other uncategorized cookies are those that are being analyzed and have not been classified into a category as yet.
Save & Accept
Powered by